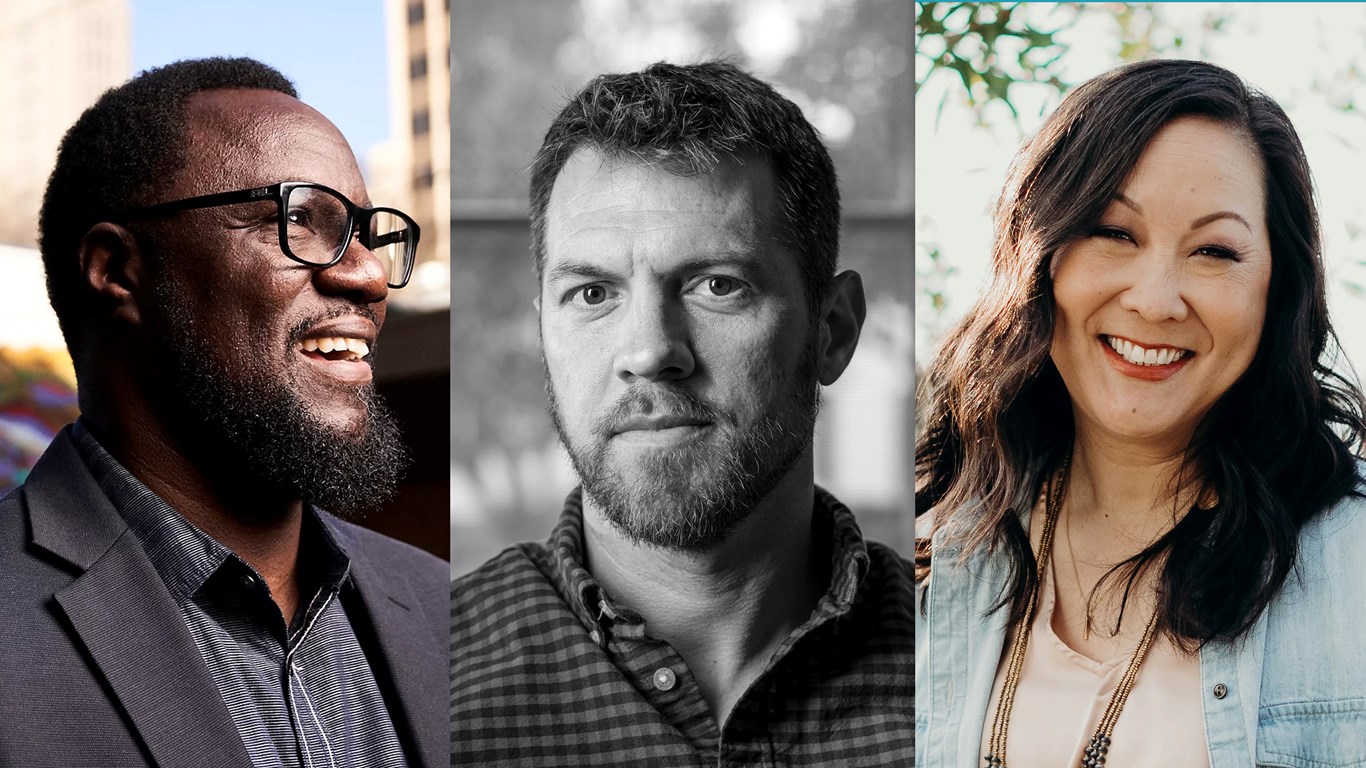 Behind the scenes of the well-loved ‘Testimony’ section.

Since 2013, Christianity Today’s back page has been reserved for first-person stories of people from a variety of backgrounds sharing how they found Jesus. In it, former atheists, Muslims, and Mormons share dramatic conversion stories and scientists and previously incarcerated people reveal the radical ways in which they felt the love of God. Not surprisingly, since its inception, the Testimony section has consistently been one of the most beloved by readers.

“I’ve read most issues of Christianity Today since I began preaching over 60 years ago. I’ve read lots of great articles, and I love the news reports, but the Testimony page is the best of all,” wrote one reader. “I usually finish it with tears in my eyes.”

“I love the testimonies!” wrote another last year. “It is one of the first articles I read and I often share the stories in my preaching. Thanks for the diversity and excellence of these stories. I believe they help communicate to those who don't yet believe!”

These readers aren’t the only ones who find its stories valuable. CT books editor Matt Reynolds has shepherded this space since 2016 and recently shared how he finds these stories, what particular ones have touched him, and how his faith has been shaped in the process.

In general, how do you find stories for the testimony page?

They come to me through a variety of channels. Fellow editors at CT are diligent about alerting me to interesting stories they encounter within their social or professional circles, or through their own reading. As books editor, I often come across autobiographical books in which the author’s conversion plays a prominent role. And very often, I’ll receive pitches directly from writers who have compelling stories of coming to faith.

Do you think there is any danger in telling stories in which someone’s testimony feels overly sensationalized? Why or why not?

As someone who falls into the “can’t remember a time I didn’t believe in Jesus” category, I occasionally develop an acute case of “testimony envy” while shepherding some of the more dramatic stories we publish. And I’m sure plenty of our readers feel the same way. In the end, I suspect there’s a balance to be struck. I absolutely want to publish testimonies that illustrate the utterly remarkable ways that God can work to transform the lives of sinners, even in an instant. I want readers to get a sense, from these stories, of his awesome power and matchless sovereignty. But I also want them to see how he works in quieter, humbler ways as well. Hopefully our testimonies are conveying something of that range of possibilities.

What is a testimony you have published in the past year that really spoke to you? Why?

I can think of several, but one that especially stands out is the testimony of John Joseph, a former drug dealer turned pastor, which appeared in our January/February issue this year. I was struck by how it straddled some of the fault lines that crop up as you read batches of our testimony pieces. For instance, while some stories revolve around dramatic turning points and others feature a slower build, this one combined elements of both. And while there were moments of high drama—a close call with the cops here, a New-Year’s-Eve bender there—it’s clear that the author’s embrace of faith rested on nothing more spectacular than his conviction of sinfulness and desire for forgiveness.

What struck me most, however, was the sheer number of people—both Christian celebrities and ordinary believers—who played some role in his journey to faith. It’s amazing to see what God can do when one person plants a seed and others water it.

What have you learned about how God works in the world as a result of reading these stories?

The thing that really jumps out is the near-unfathomable variety of means and methods that God uses to draw sinners to himself. In some cases, he ministers through friends and family; in others, he intervenes through total strangers. In some cases he persuades through books or philosophical arguments; in others, he makes an impression through unlikely events or circumstances. Even this only scratches the surface. It all reminds me of Paul affirming that the Word of God is unbound (2 Tim. 2:9). There’s no limit either to what God can accomplish or how he can accomplish it!

Why is it important to continue sharing testimonies? What role do they play in 2020?

When you spend enough time acquiring and shaping testimony articles, you’ll notice that many of them fall into certain familiar grooves: the atheist, say, who discovers that believing in God isn’t so irrational after all; or the drug addict who, after hitting rock bottom, turns to Christ in a moment of desperation. And it takes nothing away from God’s goodness in orchestrating these stories to admit that, in a cynical way, you can begin asking yourself whether drawing from these same wells, again and again, doesn’t get a little dull.

Even so, I can’t imagine a moment when sharing testimonies ever grows stale. Jesus tells us that the angels in heaven rejoice every time a sinner repents (Luke 15:10). This should be our attitude as well, no matter how mundane or clichéd a particular story might seem. And the travails of 2020 give us all the more reason for rejoicing. The events of this year leave some of us wondering whether God is silent or absent while the world suffers. But stories of his saving and preserving grace in the lives of sinners reaffirm that death, decay, and despair won’t have the final word.

How has your faith changed as a result of reading these stories?

Here’s one very concrete example: I’ve always been somewhat inconsistent in remembering to pray for my unbelieving friends. But ever since taking the reins of the testimony section, I’ve become more deliberate about making this a habit. It’s easy to look at certain people in our lives and think, “That person would never take Christianity seriously.” But the testimony stories I’ve overseen for CT remind me that God can soften even the hardest of hearts.