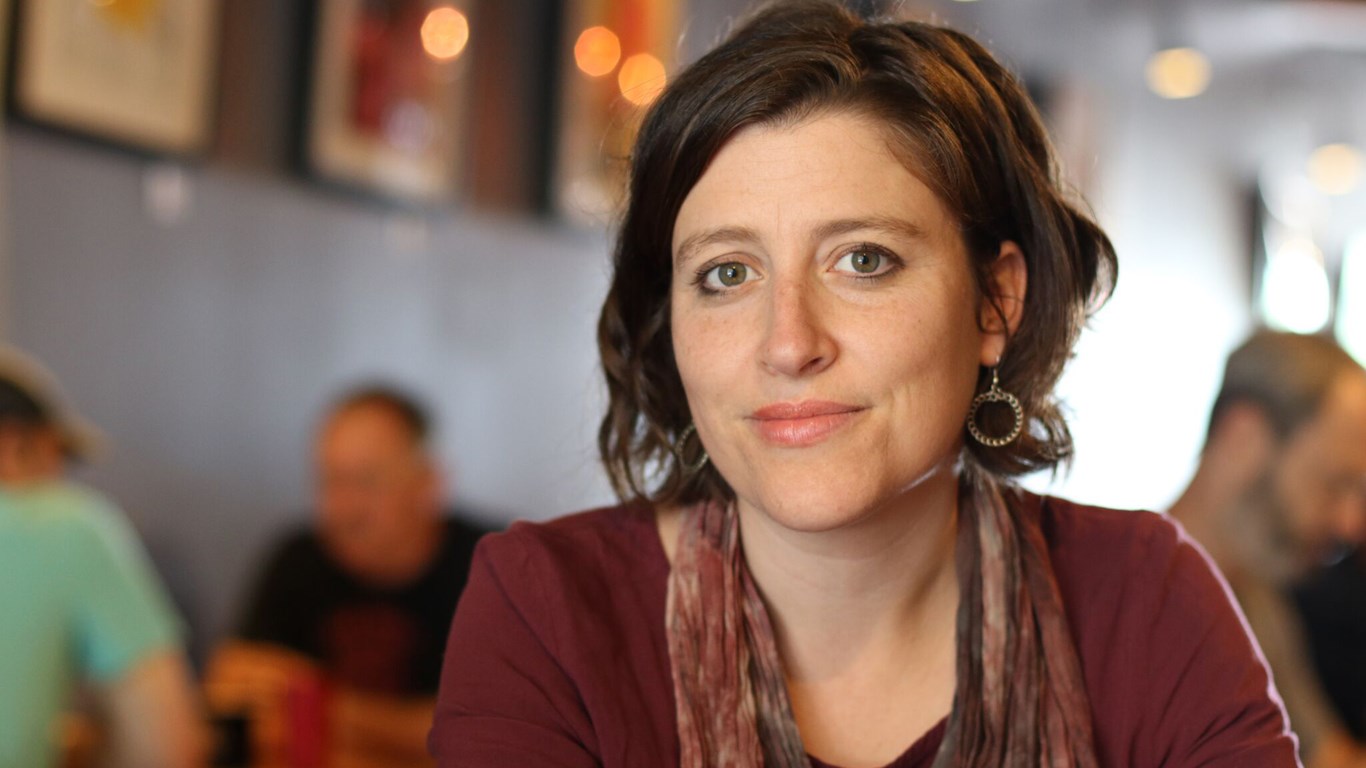 Tish Harrison Warren is a staff member with InterVarsity's Graduate and Faculty ministries, a priest at an Anglican church plant in Austin, and the author of a forthcoming book. Tish wrote for CT about being "The Wrong Kind of Christian" and has also written about ecclesiology, pop culture, the liturgical year, femininity, and more.

Tish and I connected to talk about writing, Christianity in an increasingly pluralist society, and Beautiful Orthodoxy. (Okay, we also talked about our shared love for tacos, Texas, and Anglicanism—but I'll keep it to what's relevant to readers.)

You wrote for CT about your InterVarsity chapter being derecognized on Vanderbilt's campus because of the creedal commitment for leaders. This article received an enormous amount of attention. How did that piece come about?

The year all of that happened at Vanderbilt was emotionally turbulent and intense. A lot of news outlets were trying to tell the story, and it was squeezed through a prism of culture war. We wanted to keep people informed, so we started a blog, and I wrote essays for the campus newspaper about what was happening. I never intended to be a writer; it just happened accidentally.

After a needed, year-long break from writing about it all, I felt led, I believe by God, to write about it again, as a way to process what was happening in me. I ended up with all these heady theological pieces. Bob Smietana was at the time reporting on the happenings at Vanderbilt (and in a more fair and even-handed way than other writers), and I'd gotten to know him a bit. I told him about what I was writing one day, and he said something like, "That's not what's interesting about your story. People aren't going to care as much about your theological musings on pluralism. You actually walked through this, and they are going to want to know what that was like for you as a person." I knew he was right, but it was much more intimidating to put myself out there instead of my high ideas about pluralism.

Writing about the experience was an important exercise for me, emotionally and spiritually. I wanted the piece to be somewhere like CT. I wanted an editor I trusted and audience that shared some common ground with me. Andy Crouch had previously seen a piece I'd written about my struggle with everydayness, Courage in the Ordinary, and invited me to pitch to CT. So I sent the essay about Vanderbilt to him, and several months later Katelyn got back to me asking me to edit it for the print magazine. When I finished my edits and closed my laptop, I just sobbed for like 10 minutes. I loved my students there, and they were so faithful through the whole thing. I felt a little bit like a mother hen. The whole experience of writing about it gave me closure, let me release it. When the piece came out a few months later, people wanted to talk about it, and I was finally ready.

Why do you think it struck a chord with readers?

A lot of us in my generation grew up with seeker sensitivity. We had this notion that if people rejected the gospel, it was somehow because we weren't packaging it right—we were being seeker insensitive or obnoxious. If we could be loving enough, serve the poor enough, care about the arts and the earth enough, show a holistic enough gospel, that people would be drawn to it. What I saw in myself and my students was that the rejection we experienced lead to a deep sense of shame. There was a sense of, "Are we doing something wrong?" What we saw was that no matter how much you love your neighbor, advocate for the arts, and represent an articulate, smart faith, nevertheless, the gospel can still offend people. The content of our faith itself at times can be offensive to people.

Because that was happening at Vanderbilt, it was a compelling story. Vanderbilt would say things like, "We're the tip of the spear. We're pushing forward progress on campuses, and other campuses are going to follow us." I think the story made people ask, "Is this where our culture is going? Is this what we're going to be facing in the future?" That being said, I didn't want it to be an article about how the sky is falling. I wanted to say, this is happening, but we need not be afraid—God's mercy is relentless, and Jesus has truly overcome the world. People may have been drawn to it because it's a hopeful perspective on what could seem like an alarming situation.

In light of a changing cultural climate, do you think Christian writers face new challenges or opportunities?

In every generation, the call of Christian writers is to faithfully and honestly describe the world around them and their experience: to be heralds of the King and of the feast—heralds of good news. That doesn't change as we face increasing hostility towards the faith. We continue to describe things faithfully as heralds of the good.

Understanding the culture takes more nuance than it ever has before. In a culture changing so rapidly, there's very little ubiquity in how people experience and talk about faith. There are places where people are experiencing Christianity as a cultural minority, and there are places where Christianity remains a dominant cultural power. So there has to be nuance, sensitivity, and cultural understanding. That means what CT is doing is hard, and it's hard to write for CT—but it's important.

In a lot of ways, the hopeful point of view you mentioned regarding your Vanderbilt piece—that's exactly what CT is trying to do with Beautiful Orthodoxy.

I love the phrase "Beautiful Orthodoxy." In my own writing, in my book, I hope that's what's happening. I love that CT is seeking to be rooted in orthodox thought; not simply to check off the orthodoxy box, but really excavating orthodoxy, fleshing out the best of evangelicalism, protestant thought, and the broader tradition.

I identify as an evangelical and the movement is important to me. Because evangelicalism is just a movement and not a denomination, there's very little authority structure in it—forces helping it along and forming it, shaving off some of its rougher edges. So CT is a critical institution that's brought both unity and vision to this weird, disparate world of evangelicalism. We don't have many institutions who are intentionally doing that. That's a particular gift and calling that CT has.

Working with CT's editors—Katelyn Beaty and Kate Shellnutt especially—has taught me so much about this. They're really my writing teachers. They've also helped me become a more faithful Christian thinker by pushing me to fill out my ideas. Beautiful Orthodoxy isn't just an idea. CT editors really make Beautiful Orthodoxy into a craft, and they bring writers into that. Getting to work with Andy, Kate, and Katelyn has been life-changing. I'm really grateful for CT—I'm writing a book in part because of my writing for CT.

Before we close, tell us more about your book.

It's called Liturgy of the Ordinary: Sacred Practices in Everyday Life. The book follows me through one ordinary day, looking at daily life through the lens of liturgy, small practices and habits that form us. Each chapter looks, theologically, at something I do in the day—making my bed, brushing my teeth, losing my keys. Each daily activity is related to a spiritual practice as well as some aspect of our Sunday worship. Watch for it in December 2016.