Jump directly to the Content
expand
Stories|Inside the Ministry
The True, the Good, and the Beautiful
Natalie Lederhouse 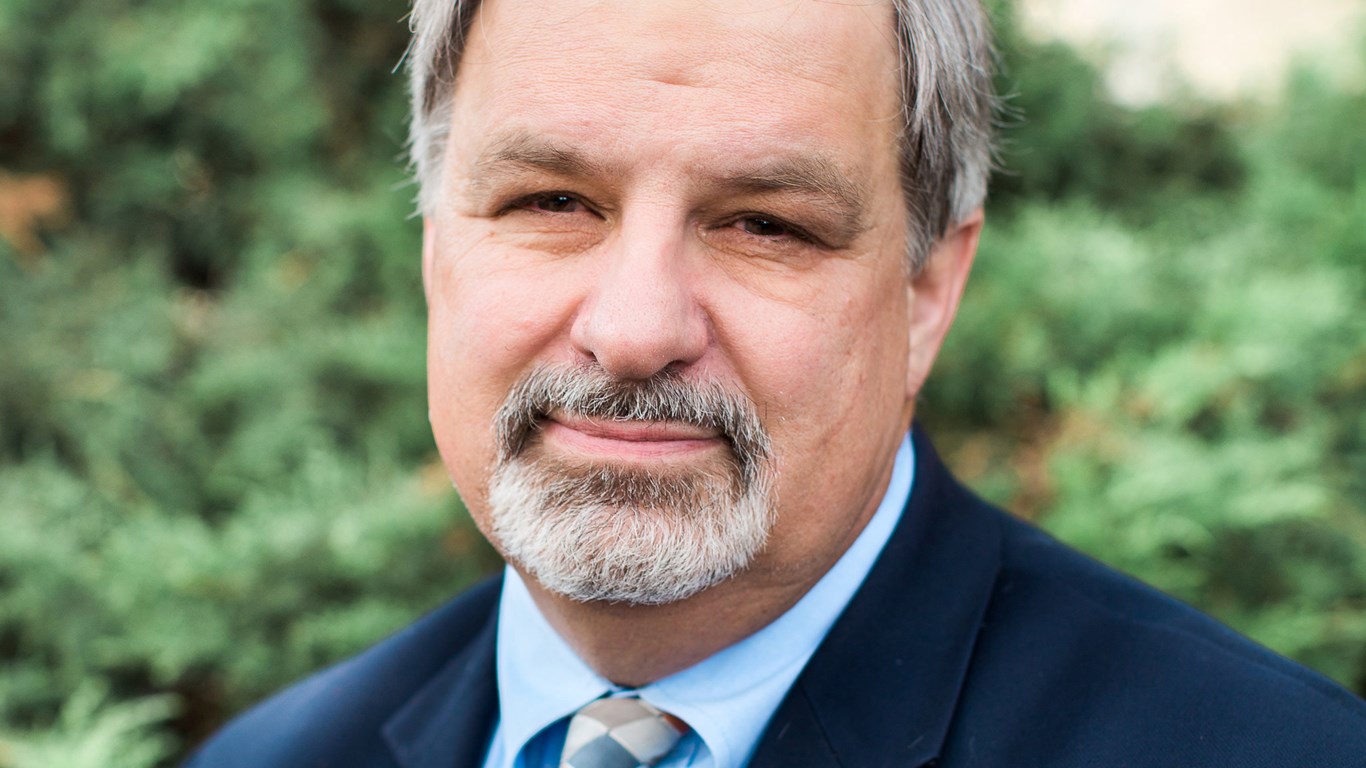 An interview with Christianity Today's editor in chief, Mark Galli

Billy Graham founded Christianity Today magazine nearly 60 years ago, and the ministry now has over a dozen additional brands. But unlike companies that have changed their mission and vision (think Abercrombie & Fitch), "CT" has held steadfast to the call to "expound and defend the basic truths of the Christian faith … to the needs of the present generation."

One crucial thing this present generation needs is a voice that will point people to the unimaginable beauty of the gospel. We live in a divisive and angry world—even in evangelicalism, as it was in Graham's day. So, CT recently announced its intent to proclaim Beautiful Orthodoxy. This is a cause that "transcends all the fighting, talks more about things we have in common, and talks about the gospel in a positive way," according to Mark Galli, Christianity Today's editor in chief. I spoke with Mark to hear more about how Beautiful Orthodoxy will affect what readers will see and read across all of our brands.

What are some examples of what Beautiful Orthodoxy looks like in terms of content? How will this affect the way our writers and editors approach a topic?

A good example will be CT magazine's May cover story, which is written by a physician: "Why I Vaccinate." It'd be easy to write a story saying how wrong people are who don't vaccinate—and there are many people wringing their hands saying just that. CT wants to respect the Christians who are very suspicious of vaccines. We want to take their objections seriously, treat them with respect, and at the same time lift up the reasons why we think Christians especially should be advocating vaccinations.

To publish with Beautiful Orthodoxy in mind also means you don't scold with "you should do this to be a good citizen," but rather "this is an expression of how we can love our neighbor and be a blessing on our society."

The overall approach will be a positive vision of how vaccination can be a way to love your neighbor. That's a concrete example of an article that could go wrong, or it could end up in the Beautiful Orthodoxy world.

What does beautiful look like when you're reporting on or saying hard things?

Beautiful Orthodoxy is a summary expression of a classical, philosophical/theological phrase: "the true, the good, and the beautiful." It brings all those three together.

Any time you talk about the truth, you're doing something beautiful. Whenever you see someone performing goodness, some act of love or mercy, like when Mother Teresa was feeding the dying on the streets of Calcutta—that's not only a moment when you picture goodness, it's a beautiful moment to see her do that. When you hear a sermon or read a theological paper that speaks the truth, one of the things you say is, "That's very convincing," but you also might say, "That was a beautiful argument."

When we do a news story—even when it's about bad news—we do it accurately, we do it fairly, and we do it with a sense of Christian hope always in the background. People ought to walk away and say, "That was very good. That was helpful." They might not use the word beautiful, but from a journalistic perspective, a well-written, tightly reported news piece is a beautiful piece to behold.

What might our readers be surprised to see in this new direction?

The only surprise will be the contrast with much of the rest of the media. There are two directions other outlets are going: the first is toward negativity. Criticism, critical commentary, and negativity seem to fuel so much of the online world, and the more the world moves in that direction and the more Christianity Today refuses to move in that direction, readers will be pleasantly surprised; here's a place, an oasis, where they can get something true, good, and beautiful.

The other direction is the temptation to be sentimental, to ignore the problems of the world, ignore the challenges we face, and paper them over with lighthearted positive-thinking talk. Because Beautiful Orthodoxy includes the true and the good, as well as the beautiful, we have to address the true, and we'll have to address the good, which means we'll sometimes have to talk about the bad. So our work will have this grittiness; when readers come away from something sentimental, they'll say, "Christianity Today is positive and hopeful. It's grounded in the gospel, but it's not superficial."

Why do you think this direction of Beautiful Orthodoxy is so important? How will it affect the church?

Since we do so much of our reading online, the negative commentary affects us both psychologically and spiritually. In our 24/7 news cycle, we are inundated with terrible news, not just once a day but many times a day. We used to pick up our newspaper in the morning and then, if we had time, we'd get 10-15 minutes to read it—and we could only scan the big stories. Now most of us are on newsfeeds, on Facebook or Twitter, and we're bombarded with "21 Christians killed in Libya," another "50 Christians captured by ISIS," "A tsunami happened here and 50 people are dead." We get this onslaught of horrible news all of the time. I think it's a huge pastoral, spiritual problem, and you need some voices somewhere in your day that say, "This is true, but there's something that's truer. This is real, but there's something that's more real. And that's the gospel of Jesus Christ." That's why I think it's an especially important time to be proclaiming a Beautiful Orthodoxy.

What does Beautiful Orthodoxy look like practically, in terms of topics and areas in which CT will take a stance in the future?

It won't be taking a new stance as much as it'll be making more clear and forceful our current stances. Among the many issues we're discussing, here are three examples that could come to the fore. First, criminal justice reform. Many people are aware of how overcrowded our prisons are—how many people are in jail and how many people are in jail for exceedingly long sentences for fairly minor crimes. That's an issue that has to be faced into. It's also extremely difficult for ex-cons to get back on their feet, and the church can play a huge role in helping with that situation.

A second area would be mental health. The church is becoming more aware of the complexity and the variety of mental illnesses that are apparent even in our congregations. Everything from bipolar to depression to all manners of things. We want to help the church think about this: What's the role of psychology? What's the role of prayer? How do we understand this theologically? How do we deal with it practically?

I could go on. Which of these—or which other topic—will come to the fore first, it's hard to say. We're discussing this right now. But we're committed to tackling topics like these in a more concerted way.

How soon will we see more articles on those topics?

You'll see these and other themes in print and online already, but in terms of a big push and a concentrated effort, we'll probably need some funding to make that happen. Depending on the funding, we may be able to expand our coverage, gather a national conference together to talk about one or more of these issues, among many other initiatives.

Learn more about Christianity Today's ministry cause of Beautiful Orthodoxy

The True, the Good, and the Beautiful