Jump directly to the Content
expand
Stories|Inside the Ministry
Why Should We Read the Old Testament?
Katie Bracy 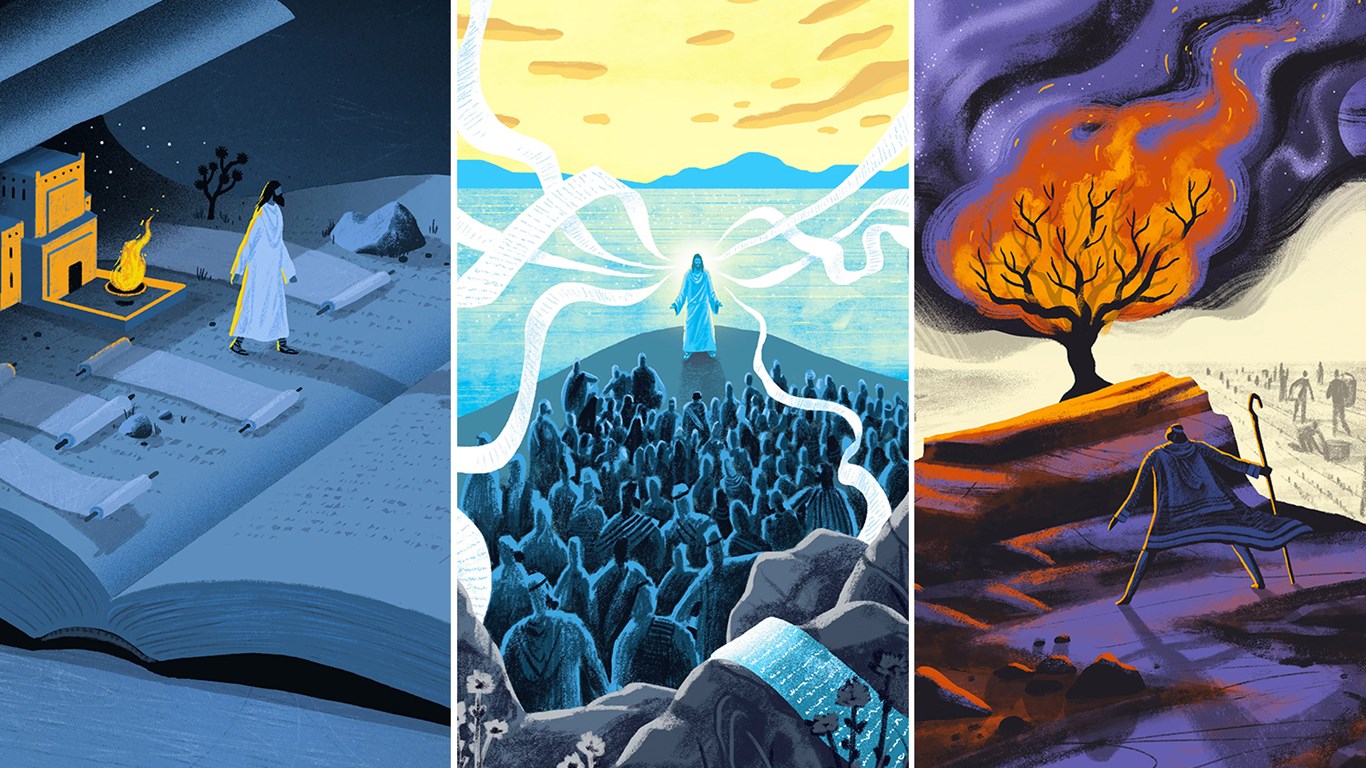 Talking with CT’s Theology editor on the recently completed “First Testament” series and how the adjective “old” is a misnomer.

Enter this year’s “First Testament” series—a six-part collection of articles that makes the point that the Old Testament is not only essential context for understanding the New, but worth reading for its own sake. The series explores topics like how the Old Testament empowered the Black church, how the Old Testament can expand our view of God as not just paternal but maternal, and what the Old Testament has to say to our anxiety, all topics that have a special resonance during a painful and draining year, politically and spiritually. But in reality, this series was finalized in 2019, and came out in installments during 2020. According to theology editor Caleb Lindgren, the fact that the articles speak so specifically to 2020 “was more of a happy accident than anything else. And that's a testament in and of itself to the relevance of the Old Testament.”

We sat down with Caleb Lindgren, to discuss how this series came to be and why discussing the Old Testament is so important. This conversation has been edited and condensed for clarity.

How did you come up with the name “First Testament”? I know the phrase is a part of the book title of one of the series authors, John Goldingay, so how did you decide it was right for this series as well?

I think what came out from some of the initial drafts of pieces was that we were basically looking at the Old Testament as not being “old,” meaning outdated and irrelevant. So then it became a matter of finding a new adjective to describe it. And more and more we kept coming back to John Goldingay’s book which just has such a good title that describes exactly what we're trying to do.

The “First Testament,” the “Hebrew Scriptures,” there's a lot of different ways that people talk about the first 39 books of the Bible. Words matter and rhetoric affects how a thing is perceived. And so nobody made the argument that we ought to just rename the whole thing. But I think you could make that argument because people’s impression of what it is and what it's supposed to do is, in large part, informed by what it’s called.

How did the series come to be?

CT used to do a series called “Re-Word” where we asked different scholars, thinkers, and pastors to unpack a Bible verse that was particularly significant to them. And looking back at the Re-word articles, by and large they were New Testament focused, so I thought it would be great to do an Old Testament-focused scripture series. Fast forward to a year and a half ago, and Andy Stanley, famous celebrity pastor, made a comment in a sermon that made some waves, talking about “unhitching” the Old Testament from Christianity.

While we didn’t feel the need to respond to Andy Stanley in long form, I was talking with Dr. Robert Foster of University of Georgia about doing a series that spoke to Christians who shared this sentiment, that the Old Testament was no longer relevant. We wanted to make a positive case for why we need to read the Old Testament. Foster went on to enlist the other writers to join him and he got a really strong team of folks lined up to write for it.

How does this series make the case that the Old Testament is worth reading for its own sake?

That was something that Robert Foster in particular was really keen on, the need to make sure that people care about the Old Testament for its own sake. And not just because it's the foundation that we build Jesus stuff on. But because a lot of what we know about who God is, and how God is, is from Jesus on the one hand, but also from the Old Testament. The New Testament is concerned primarily with Christ and secondarily with God in the Church and the Holy Spirit. While the New Testament is concerned with God's relationship to humanity, present in the act of God becoming man, the Old Testament really emphasizes this relationship, specifically the initiative God takes in establishing a relationship with human beings. The Old Testament starts with God’s relationship with Israel, but goes on to illustrate his relationship with all of humanity. For example, Jonah was sent to Nineveh, which is the capital of Syria, a really nasty group of people who were the enemies of Israel. And those are the people that he preached to, and God forgave them when they repented. And so, it's not just about Israel, but it is about God and the way that the character of God is revealed in a lot of the Old Testament, even in the nasty parts.

I think the authors of this series did a really good job of pointing out the connection points and the consistencies because the God of the Old and New Testaments is not different. He is the same. And so much of how we describe Jesus is the very same language that was used to describe God in the Old Testament. The most common descriptor of God comes from Exodus 34 where Moses says, “show me your glory.” And God says, “I'll put you in a cleft in the rock and cover you with my hand and you can see my back.” When that happens, the words are heard, “The Lord, the Lord, the compassionate and gracious God, slow to anger, abounding in love and faithfulness, maintaining love to thousands, and forgiving wickedness, rebellion and sin. Yet he does not leave the guilty unpunished; he punishes the children and their children for the sin of the parents to the third and fourth generation.” That description is the way that God gets described over and over in the Old Testament. And that basically sums up what we understand Jesus's ministry to be about and what he accomplished for us on the cross: compassion and forgiveness coupled with justice and judgment for sin. That's the gospel right there. And Jesus himself even uses a lot of that language.

So this series of essays explains why you’d actually have a harder time explaining how the God of the New Testament is different from the God of the Old. And that even goes to some of the nastier stuff. Jesus talks about judgment, sin and wrath, and hell nearly as often as he talks about forgiveness and love. And God is not just a God of unbridled compassion, he's also a God of justice. And that justice is compassionate, but it's still just. And so the Old Testament helps you to get that full 360 degree picture.

We're so used to thinking about Jesus as our friend, and he is, but that flattens him quite a bit. And it's harder to look at God in the Old Testament and say that he's our buddy. He's loving, but he's also the Lord of history. And that impressiveness is another thing that makes the Incarnation that much more of a miracle.

How did this series speak to you?

It’s not like you can’t be saved if you haven’t read the Old Testament, but there's a kind of goofy, Steven Curtis Chapman song from years and years ago, where he has this image of a kid playing Gameboy standing in the middle of the Grand Canyon. Yeah, the Gameboy is cool, but you're in the Grand Canyon, man! And it's that sort of thing. You're just going to miss it if you don't have a better handle on what's going on in the Old Testament.

I am a New Testament Christian enough, and a believer in Reformed theology enough, to think that Jesus is also serious when he's talking to the disciples on the road to Emmaus and it says that “he opened their minds to understand the Scriptures”—the “Scriptures” here referring to the Old Testament. There's a way in which the Old Testament won't preach the gospel to you without Christ and without some illumination by the Holy Spirit. But it's there. It's not hidden.

Why Should We Read the Old Testament?