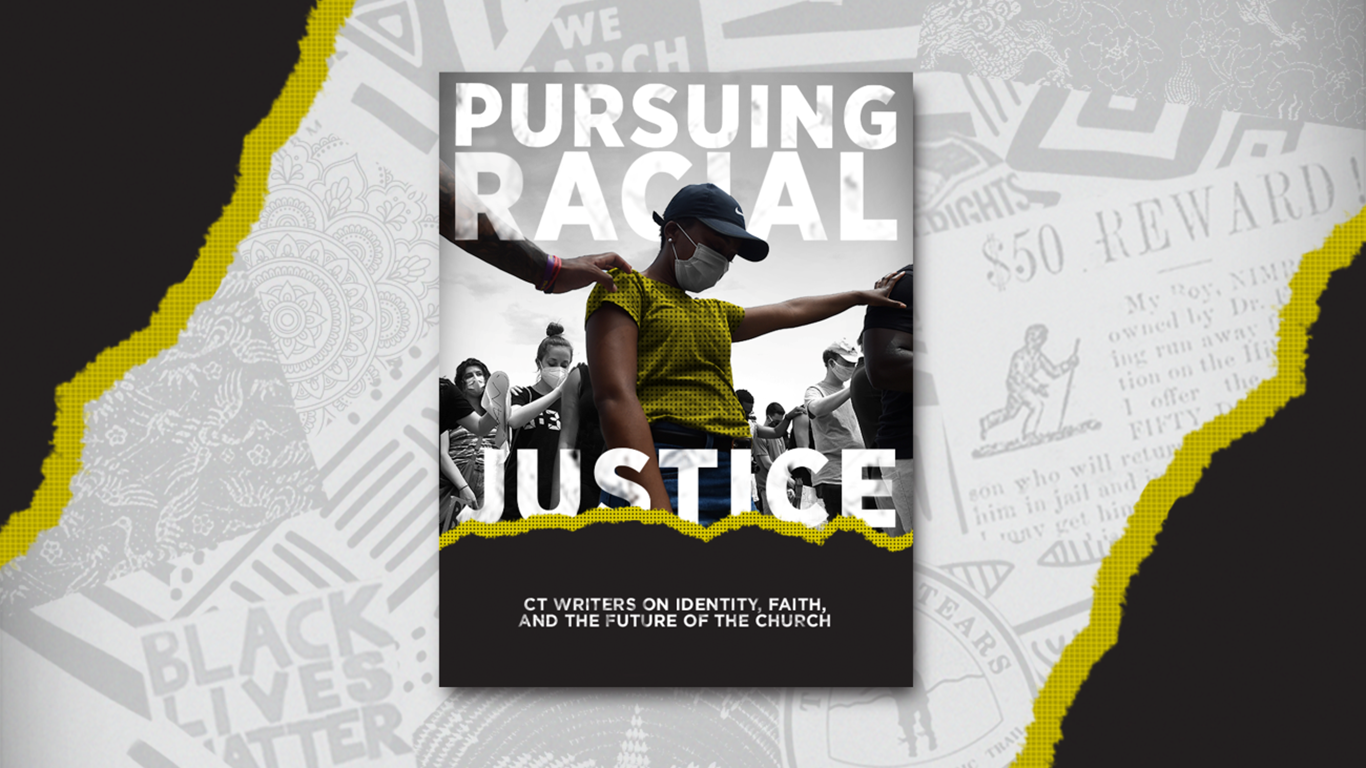 For 20 weeks, writers of color addressed issues of faith and racial injustice in an online series. Now this work is an e-book.

“Can a follower of Christ claim salvation in His cross and at the same time give consent to the suffering racial injustice imposes on others without contradiction?”

That’s what Cheryl J. Sanders, a senior pastor at a church in Washington D.C., challenged readers with last fall. Her essay was the final installment of Christianity Today’s “Race Set Before Us” project, a series that ran for 20 weeks in the aftermath of George Floyd’s killing that focused on the (white) church’s need to address racial injustice. Its authors, which included the And Campaign’s Justin Giboney, the Asian American Christian Collective’s Michelle Reyes, and the Expectation’s Project’s Nicole Baker Fulgham, explored a broad range of topics including disparities in education and school discipline, the ineffectiveness of a colorblind approach to race, and white evangelicalism’s failure to lead and take action for racial reconciliation.

Spearheaded by editor in chief Daniel Harrell, Wheaton College theology professor Vince Bacote also played a key role in bringing the series to life, finding writers and reading through drafts. In the essay launching the series he explained its purpose:

This series will not participate in the politics of guilt, but it will provide a “politics of reckoning.” To reckon is to take up and read, to ask God for eyes to see and ears to hear (Mark 4:23), to understand what the Lord would have happen in our hearts and have us do in the world. To reckon is also to acknowledge that righteousness under God must be done. Justice and peace go hand in hand (Ps. 85:10). Such divine reckoning elicits understanding and empathy, provides vindication and exposes guilt. The politics of reckoning evokes many emotions, but these need not be mere sentiments. Instead, these feelings present opportunities for the Holy Spirit to transform us more and more into disciples who do justice, love mercy and walk humbly with God (Mic. 6:8).

Bacote earned his first CT byline in 1999. Last year, in addition to his work on the series, Harrell also tapped him as one of CT’s three theology advisers, contributed three essays to the Advent devotional, and discussed why Christians stopped talking about the Second Coming on the Quick to Listen podcast.

“I think one of these reasons why it’s so important is that evangelicals have talked about race. You can go back and look through the annals of CT and see that there’s been articles about race at various points in its history,” said Bacote in a webcast about the series over the summer. “But the kind of sustained attention that is needed to get leadership in evangelicalism on this question hasn’t happened. We are in a right time to give leadership on this question and to show evangelicals they can be good news about this issue.”

Among the pieces from the series that stood out to Bacote was an essay by Rachel Kang which argued that “black men and women offer immeasurably more than stories of suffering and struggle, more than mere resources on racism to relevantly revisit our nation’s painful past.”

“Believers’ bookshelves should portray the kingdom of heaven we so passionately preach,” she wrote. “If we long for the seats in our churches to be filled with black bodies and brown bodies and white bodies together, we can start with our shelves and surround ourselves with stories reflecting a love for others without boundaries experienced through reading others’ books.”

“As a black Christian pastor of Asian, black, brown, and white people, I thank God that Genesis 1:26–27 clearly states God created all humans in his image and bestows upon us God-given dignity, and that he promises to redeem us, to reconcile us, and to restore the entire creation through Christ,” wrote Williams. “When black lives are dehumanized and treated as though they don’t matter simply because they’re black, Christians everywhere should be able to stand up and assert without hesitation and with their Bibles open that black lives certainly matter, have dignity, worth, and value, just as non-black lives certainly matter, have worth, dignity, and value.”

“I think that it was really important that we start with Williams making it clear that there’s a way to talk about Black Lives Matter that emerges straight out of scripture,” said Bacote. “There’s probably a certain constituency that thinks, ‘Is this really biblical?’ and they don’t see how the Bible directly connects to questions of race and I think Jarvis’ article was really helpful for that.”

The series gave readers many points to ponder.

“Thank you @CTmagazine for advancing this crucial conversation about racism,” tweeted one reader. “White Christians like me have a lot of self examination to do supported by grace and in hope of redemption.

“Excellent article and scripturally solid. Thank you,” wrote another. “Most helpful to this old white guy.”

One reader even had the chance to connect with one of the authors.

“I had the genuine honor & pleasure of conversing with @GaiusCharles on a panel last night,” she tweeted. “He recently authored a must-read essay in @CTmagazine about white evangelicalism & racial reconciliation. He is on FIRE for the Lord and for justice!”

Convincing of the church to fight for racial justice has not been easy for Bacote but he has persisted in the work.

“If the church is our family, do I just say I’m done with my family because my family still needs to grow up? I’m not leaving my family over that,” he said. “I’m not saying everyone has to invest their energy in evangelical institutions but for those of us called to this, I think it’s important to invest in wisely having these conversations.”

Ed Gilbreath, who was named Christianity Today’s vice president of strategic partnerships last fall, has compiled the essays, plus three new ones more, for a free e-book. Pursuing Racial Justice. The book was recently released (and is available here) and was accompanied by a book launch webinar featuring Bacote and several others.

“Our hope is that this thought-provoking collection of essays on race, faith, and the church will provide individuals and small groups with a dynamic resource for engaging on a crucial topic that continues to challenge us in our churches, our politics, and our everyday relationships,” said Gilbreath.