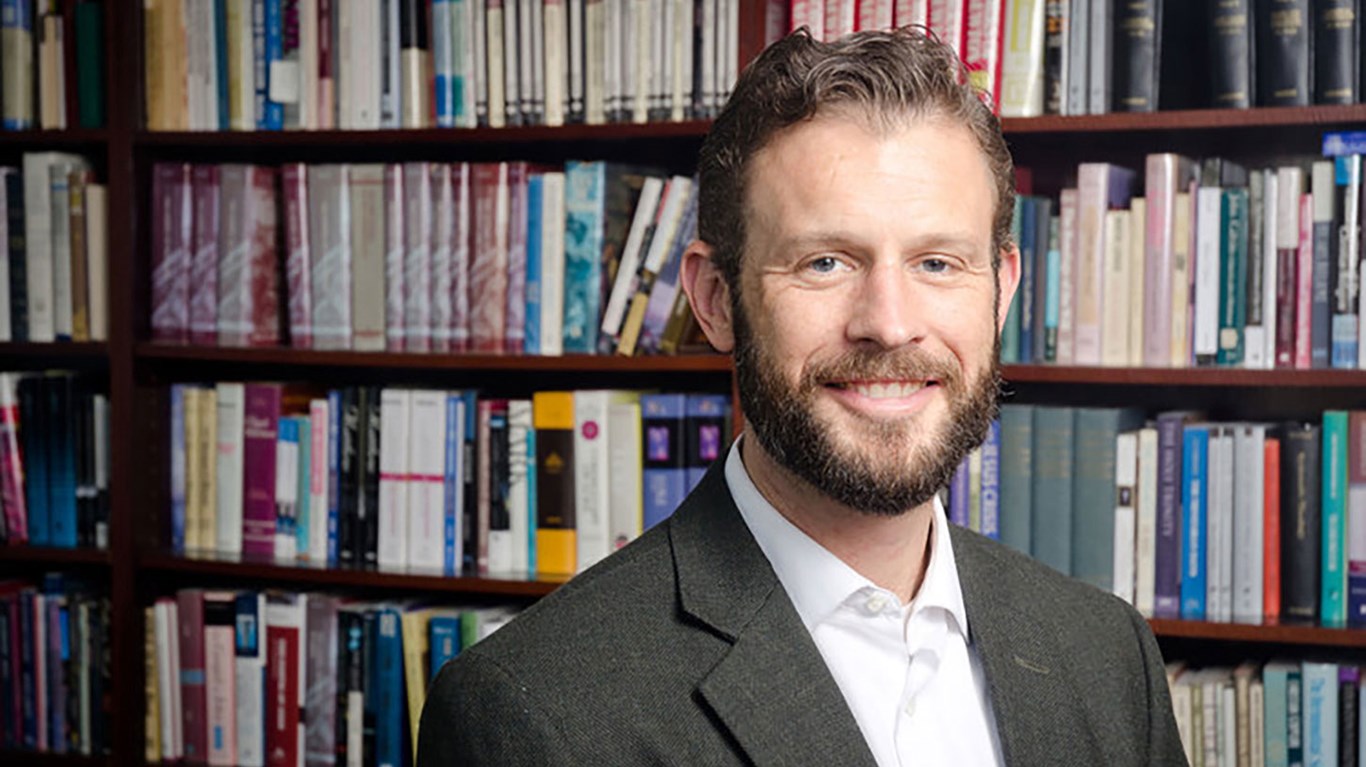 The surprising science-faith relationship behind an award-winning article.

His article about the Christian ethical questions raised by gene editing technology won an Evangelical Press Association award. He pastors at a Boston-area church, currently pursuing his second doctorate in theology. Prior to that, he earned a Ph.D. in economics from MIT.

This is the story of Nathan Barczi and his unexpected journey into the pages of Christianity Today. And it starts about 40 years ago.

Today, Harvard's George Church and Ting Wu are two of the country's top geneticists (and also married to each other.) But several decades ago, they were both graduate students, reflecting on their field's unique ethical implications.

"They've long been aware that their research is going to impact everybody," said Barczi. "Because of these consequences, they wanted everybody to be aware of and even speak into what they were doing and how this technology is used."

Wu realized this desire by creating the Personal Genetics Education Project (pgEd), an initiative which intentionally solicits the feedback and reactions of individuals outside of the genetics community. The organization visits schools, community centers, and houses of worship. But securing the latter had been difficult for pgEd—so much so that at the beginning of 2016, Wu found herself googling "churches near Harvard Medical School," says Barczi.

Up popped Barczi's multisite congregation—Christ the King Presbyterian Church. Wu made her request to the pastor at the location closest to the medical school who eagerly accepted her offer and extended an invite to Barczi.

He was immediately impressed by how interested the geneticist was in listening.

"Ting didn't have much of an agenda other than to spread information about what was going on and then ask people what they thought about it," said Barczi.

Several weeks later, Barczi met with Wu and her team where she shared her impressions of the church meeting. Barczi remembers her saying, "I was really struck that people said, 'As Christians, we believe that people are made in the image of God.' That is unique. That is profound. That raises certain barriers when it comes to working on or editing ourselves. We don't know exactly where the lines are but we believe there are certain lines that we should not cross and that's why Christians have specific questions about this type of technology."

This theological principle so resonated with Wu—who does not consider herself a Christian—that several months later she asked Barczi and his colleague Chad Baldanza to present on the imago dei and its implications before a room filled with her pgED team, geneticists, biotech industry executives, and educators.

"My colleague and I put her on hold for a second, looked at each other and asked, 'Did she just ask us to tell a room full of scientists about Jesus?'" said Barczi. "It was the kind of thing that if you say no to this you have to hand in your ministry credentials that day."

When Baldanza, who ultimately gave the presentation, opened, he began by looking for common ground between himself and the rest of the room.

"We don't expect that you take the Bible as authoritative," he told the room. "But we do think everyone in this room shares the desire to safeguard human dignity. What we want you to consider is that this idea of the image of God might be a maximally robust way of safeguarding that dignity."

The presentation sparked a discussion where those who didn't hold the same religious beliefs nevertheless had something to ponder, said Barczi. What's more, Christ the King's close relationship with pgED has continued to this day—Barczi spoke earlier this year at another of their events.

Later that fall, an MIT chaplain named Dave Thom reached out to Barczi for help with an exclusive recurring dinner party he hosts known as the Cambridge Roundtable. The events bring together a Christian and non-Christian speaker who engage in debate or conversation. The invitation-only dinners are hosted at the Harvard Faculty Club and frequently attended by Harvard, MIT, and other Boston school faculty as well as local clergy. After the presentation, everyone eats together and discusses the lecture.

"It's just this wonderful ministry where people get to talk about all sorts of interesting things with people in different academic fields and faith backgrounds," said Barczi.

Thom, who knew that Barczi had connected with Wu, enlisted his services when he decided to reach out to her husband, George Church, and invite him to speak at Cambridge Roundtable.

Thom, sensing a possible story, also reached out to a Christianity Today editor. Science editor Rebecca Randall attended Church's conversation with a Christian geneticist. Several months after the event, she pitched Barczi a piece that would explore what Christian theology about identity meant for gene editing technology. The end result: "In the Image of Our Choosing: In a new era of genetics, where's the line between healing and enhancement?"

Since publishing this piece, Barczi has received feedback from readers across the country who have told him that they were encouraged by his work. This included scientists, "who often don't hear much from their churches to affirm them in their line of work or help them wrestle with the specific ethical questions that they face. They were encouraged that CT directly addressed those kinds of things."

Because of the piece, one Christian college professor reached out to Wu and invited her to campus. "Later the professor sent me video and told me it had been a great success and that a number of students had showed up," said Barczi.

Writing the CT piece, along with the work's he's doing for pgED, have prompted Barczi to deeply contend with human suffering.

"How does a Christian wrestle faithfully with suffering? It is an error to say that all suffering is to be avoided at all costs and so to ignore the way God can use suffering in our lives to shape us," said Barczi. "It's also a mistake to say that suffering should never be opposed and that Christian scientists and doctors shouldn't be alleviating suffering."

Barczi hopes to leave the scientists he works with pondering these thoughts:

"On the one hand, the image of God tells us that every human being has inviolable and sacred dignity. It also tells us that we were put on the earth as God's stewards to be subcreators. The question you need to be asking yourself is what part of your work is bringing order out of chaos and at what point does your work cross a line into dehumanization?"

"Gene editing is just one of many pressing issues that cannot be addressed without contributions from multiple disciplines; we need more forums like this where science and theology can mutually enrich each other," said Barczi. "I'm encouraged that CT is taking on complex and stimulating questions of scientific inquiry with immediate ethical implications for their readership and, indeed, for all of society."

How a Harvard Genetics Professor Inspired a Pastor’s CT Article