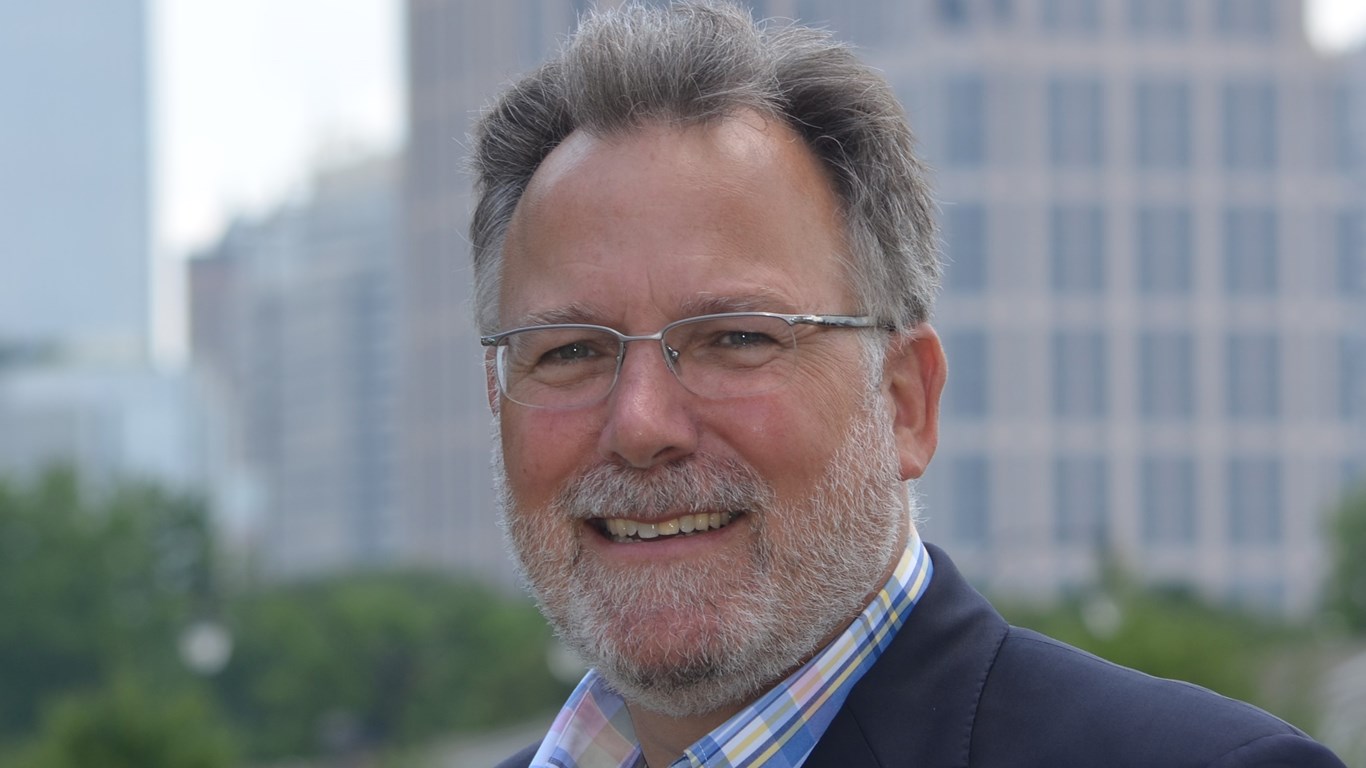 Bruce Neurohr recommitted his life to Christ because of door-to-door Baptist evangelists. Well, technically the evangelists talked to his wife, knocking on the door and asking, “If you died today, where would you go?” Looking back, Bruce is still surprised that tactic worked. “She accepted Christ in the house. The odds were amazingly against it; she was the only one out of 10,000 or something.” But after her conversion, they started going to the Baptist church together and several years later, Bruce started his own technical land acquisition company, which he dedicated to the Lord. This company went on to be quite successful and was featured twice in Inc. Magazine's "America's 500 Fastest Growing Private Companies."

Ten years later, Bruce read the book “Halftime: Moving from Success to Significance” by Bob Buford. Then and there he decided to sell his company and work in full-time ministry. After the sale, he spent two years doing strategic planning for his home church, a volunteer job that required a whopping 70 hours of work a week, and later did a second paid stint as executive pastor. During the time he served there, they doubled the size of the property and set up a nonprofit to allow the attached K-to-12 school to fundraise and expand. They now enroll over 1,000 students.

Even though his administrative impact was great, and his skill in executive management undeniable, he began to wonder if full-time ministry was for him. “I initially got into serving in the local church to do ministry, not to be an administrator. But when you've got 10 paid professional seminarians on the staff, people are not coming to me for advice like they did in my company. If my employees had a problem with their marriage, or financial problems, or spiritual questions, they'd come and talk to me. And I realized that the idea of moving from ‘success to significance’ really ended up being bogus in my mind. The most significant ministry I did in my life was running my own company because I was able to have those types of impactful conversations with people.”

Bruce strives to be a safe place for people to bring hard conversations. That’s a large part of why he decided to become a CT partner. “Christianity Today gives me a way of beginning biblically-based conversations with my kids and with people who I'm in relationship with. We need to be able to speak to one another in truth and love, and CT models this posture. And to do it with a mindset that is an eternal mindset, rather than trying to win an argument. CT creates space for that dialogue.”

You can see this desire to help people parse hard conversations traced through Bruce’s career where he’s often been part of creating places for people to process big life transitions, whether that’s helping young missionaries process their overseas experience when they leave the mission field or helping launch a retreat program for breast cancer survivors who, after years immersed in medical care, are trying to figure out how to resume normal life.

But you can also see this desire in Bruce’s personal life. Several years ago, Bruce’s daughter came out as gay. While Bruce has his own beliefs on homosexuality, he strives to make sure conversations around her sexual orientation focus on maintaining their relationship. A testament to this close relationship is that all his kids who live locally still come over for dinner with him and his wife most Sundays. Bruce says he sends copies of CT to his kids, including his daughter, who he says is still following God. Recently, they even discussed a CT article on the relationship between the Church and the LGBT community.

Bruce says this kind of conversation is only possible because CT serves to build bridges, rather than walls. “CT promotes love towards the LGBT community and others who raise sincere questions about the teaching of Jesus. CT doesn't apologize for biblical truth and neither does CT seek to use biblical truth as a hammer. CT reflects the love of Christ and seeks to understand other perspectives rather than just spout dogma at people. I don’t think I’d have a relationship with my daughter if I came at it with a dogmatic approach.”

CT gives Bruce hope for the future of discourse in the church. He recently enjoyed CT’s article on pastoring purple congregations, churches who have a mix of Democrats and Republicans in attendance, as he has seen his own faith community fall into tribalism at times. When Bruce has significant disagreements with fellow believers, he sometimes sends a CT article to express his perspective. Bruce says, “CT is far better at articulating where I'm coming from than even I can do it.” And CT has helped him start to bridge that contentious political divide. “To be able to share a CT article gives biblical credibility to my position and shows a person that I want to engage them in a conversation. And that there are some things that we can still agree on.”

CT Gave Him Hope For the Future of Christian Discourse