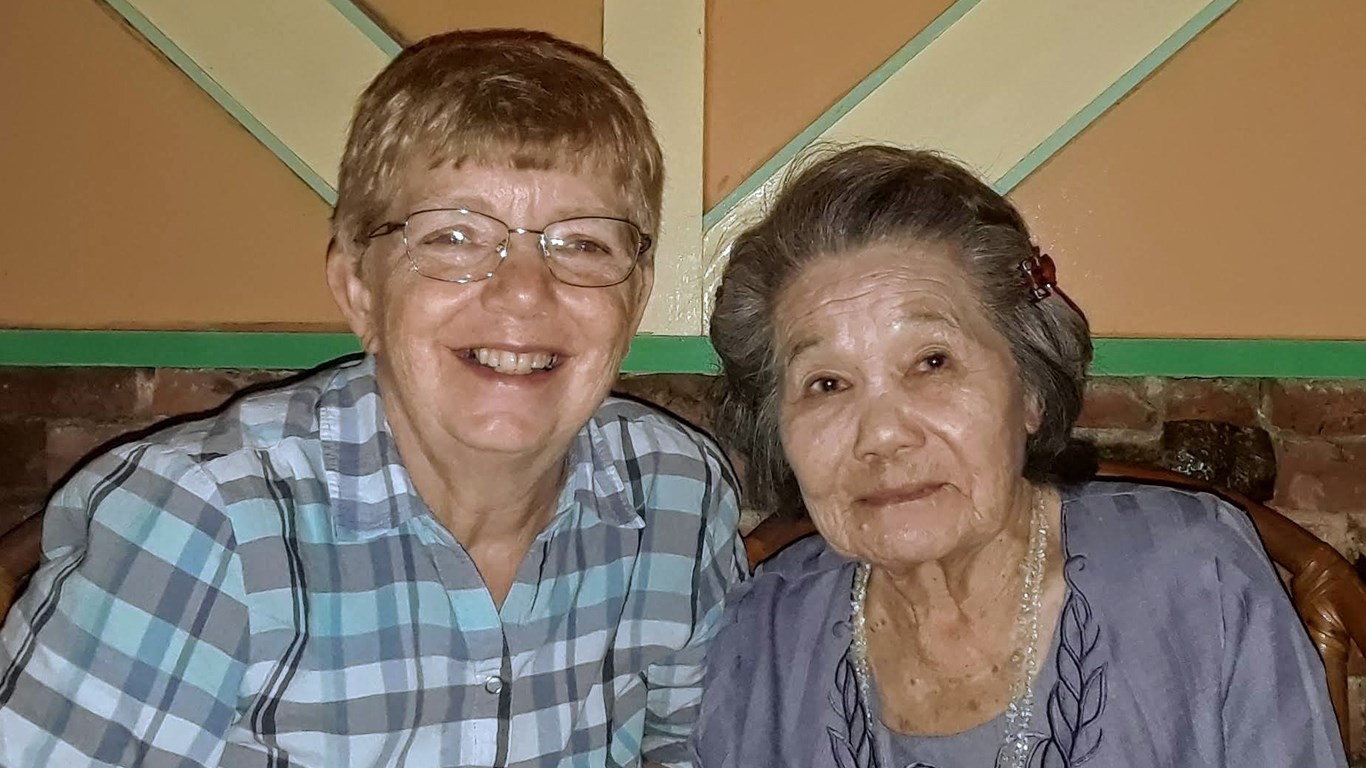 Image: Photo Courtesy of Sarah Zosel
As an American who lived in Japan for more than 40 years, Sarah Zosel kept up with the American Church by reading Christianity Today.

Growing up and living in Japan for most of her life, Sarah Zosel always felt like, what she describes as, a “third culture kid.” Merriam-Webster defines a third culture kid as, “a child who grows up in a culture different from the one in which his or her parents grew up.” Sarah struggles, like most missionaries do, with (in her case) not feeling Japanese enough when in Japan, but also not feeling American enough when in America. But over the years, one thing she believes helped her keep a pulse on American Christianity while in Japan, and even after moving back to the States, was reading Christianity Today.

Only six months after Sarah was born her family packed up and moved to Japan to become missionaries in Tokyo. Her father was part of the occupation of Japan in World War 2 and was on one of the first ships into Tokyo. He was influenced by some of the other GIs in his unit, and after the war when those GIs wanted to return to Japan in order to minister to the Japanese people, Sarah’s father joined them. The group he was a part of would later form Send International.

Sarah was immersed in Japanese culture from the beginning, but her family balanced that with a strong focus on their faith. When Sarah went into first grade she started attending boarding school during the week. “I remember having a conversation with my mom and accepting Christ very young, probably around four years-old. My parents wanted to make sure they had taught us the gospel and we had accepted Jesus into our hearts before we went away to school. They wanted us to have our faith to lean on during those times away,” recalled Sarah.

Sarah’s faith grew and became her own when she was in high school. She became involved in a group call Hi-BA, which was like a youth group but very serious about prayer and Bible reading. “We were held accountable for our spiritual growth and asked what we had learned in our Bible reading each week when we met,” explained Sarah. The group also did outreach to Japanese students at a local train station once a month. These experiences grew Sarah’s faith. “That was when I really started thinking for myself and making my own decisions,” said Sarah. “I made personal decisions about my faith and I started to see what God was calling me to do with my life moving forward. I had a high school English teacher who really had an impact on my life and I knew I wanted to teach too.”

After getting her English degree from Bethel University, Sarah felt her own call to move back to Japan. In 1972 Sarah and her husband moved to Okinawa, Japan and she started teaching at an international school. The school opened their doors to people other than just missionary children. That meant Sarah had the opportunity to teach and share her faith with kids who weren’t from Christian families, but local Japanese families and other third culture kids as well.

Sarah and her family lived in Okinawa for 28 years. Both of her daughters were born and raised there. Over the years Sarah had grown to believe she would live the rest of her life in Japan, but in 2000 when Sarah’s husband began to struggle with depression and anxiety, they decided to move back to the United States so he could work a less stressful job.

During this transition Sarah was thrown into culture shock yet again. “I hadn’t been planning to move back to the United States and it was a really hard transition for me–even just driving on a freeway, which I hadn’t done for years,” recalled Sarah. “Our first year transitioning back was tough, but when I found the charter school where I ended up teaching it was really helpful for me because so many of my students were Asian. It made me feel more at home.”

Sarah taught at her charter school another 16 years before retiring in 2020. The school was started by a Christian, and while the school wasn’t a Christian school, Sarah was able to teach biblical values to her students in her classroom. Most the students she taught were Hmong and had recently immigrated to the United States, so Sarah could identify with their stories and helped them learn their new culture as she continued to relearn it herself.

“One thing I enjoyed doing here in the states was finding books related to the culture and background of my students,” said Sarah. One book she loved to teach her students was Farewell to Manzanar. The story is about a Japanese student’s experience of adjusting to a southern California high school after spending time in an Internment camp during World War 2. While most of the students she taught in Minneapolis were Hmong, and not Japanese, they were still able to relate to the feelings of the young girl in the book.

After retiring Sarah realized she had more time on her hands for things she loved to do, but had put off because of her focus on teaching. One of these things is reading. Sarah started to pick up various copies of Christianity Today, both old and new to read each day. “I recently decided to read the back issues of Christianity Today that were in various places around the house. I feel like I have been on a spiritual retreat. God has spoken to me through articles about ministry to Muslims; how to help people who are struggling; ideas on strengthening our small group; helping pass on our faith to children,” Sarah said. “I could go on, but in every issue that I have picked up, I have found encouragement for my spiritual life and practical ideas to help the connections that I have.”

Sarah also loves to read books. “I’m keeping Amazon in business,” she joked. She finds a lot of the books she decides to read in the pages of Christianity Today. Recently she’s been reading Richard Foster, Eugene Peterson, James K. A. Smith, and Dallas Willard–and she always keeps an eye out for the books featured in Christianity Today for new titles.

As someone who identities as being “third culture,” Christianity Today helps Sarah understand American Christianity better, but her favorite articles are the ones that relate back to missions. “My favorite CT article of all time is The Surprising Discovery About Those Colonialist, Proselytizing Missionaries by Andrea Palpant Dilley,” said Sarah. “I really like it because of course missionaries are not ‘politically correct.’ It made me think a lot. I was in a book group and read Poisonwood Bible by Barbara Kingsolver. In our book group people were laughing at the missionary who thought he was saying one thing, but saying something else. But having grown up on the mission field I knew missionaries aren’t really like that. This article talks about how sociology shows how places where Christianity was brought by missionaries have become better over the years.”

Sarah recently became a donor to Christianity Today. When asked why she donated Sarah said, “I’m just really thankful. There are so many great articles. CT has helped me through the years, and now that I have more money than I did as a missionary, I feel like I have more to give.”

Caitlin Edwards is marketing and communications strategist at Christianity Today.