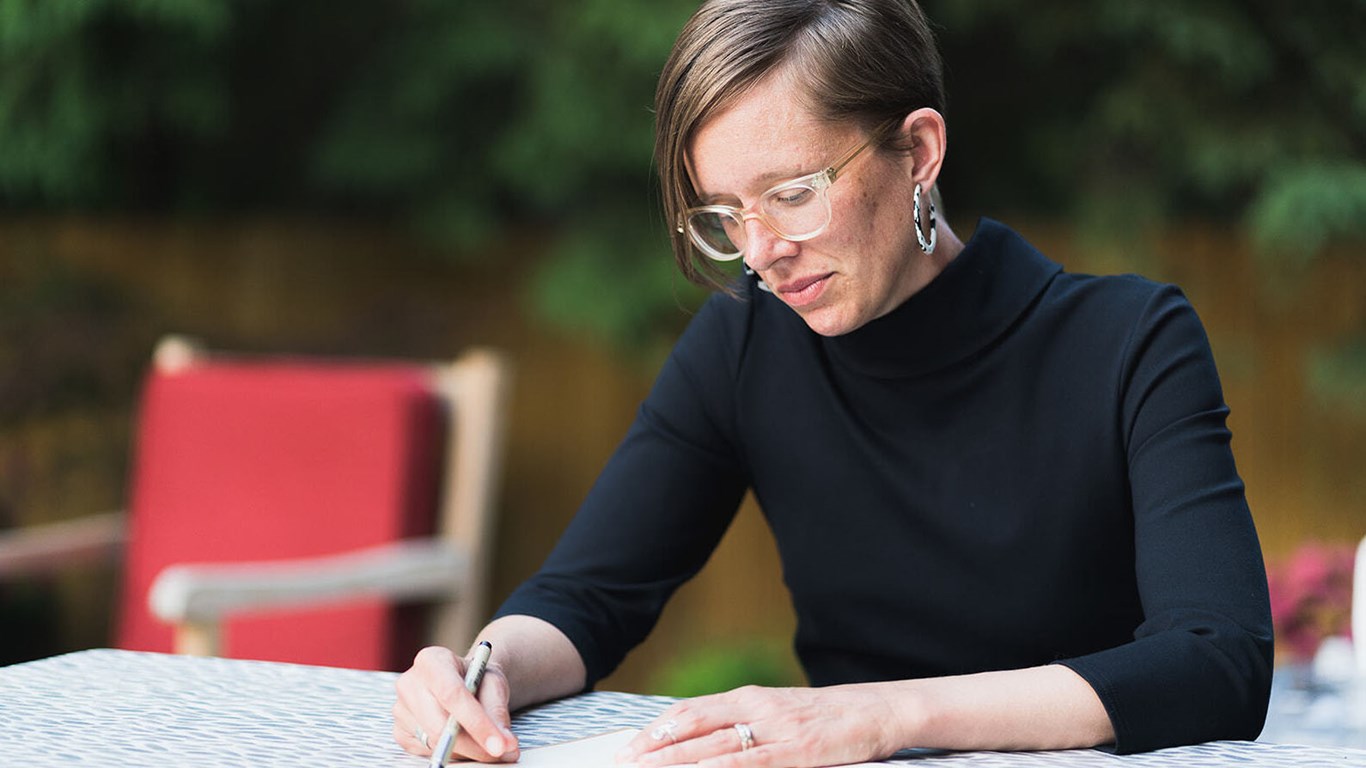 Image: Otto Selles
A publication that sees beauty wherever it may be found.

“The sweetest thing in all my life has been the longing—to reach the Mountain, to find the place where all the beauty came from—my country, the place where I ought to have been born. Do you think it all meant nothing, all the longing? The longing for home? For indeed it now feels not like going, but like going back.” C.S. Lewis, Till We Have Faces

Jane Zwart, an English Professor at Calvin University in Grand Rapids, Michigan, believes that “language is a provision from God, given to us through creation.”

She began writing for Ekstasis magazine after the publication’s founder, Conor Sweetman, emailed her in 2019.

“He told me about the project, and I was really smitten with the aesthetics of it. It’s just beautiful, the photography and the way everything has its own vibe and space,” Zwart shares.

How Ekstasis Got Started

Conor started Ekstasisin Toronto, Canada after enduring a faith crisis that led him to search for beauty in writing, the arts, and media–until he found it, ultimately in the Creator.

“In the spiritual equation of goodness, beauty, and truth, my pursuit of beauty had taken center stage and I began to seek the experience of transcendence for its own sake,” said Sweetman.

After meeting Sweetman and hearing more of his story and inspiration, CT brought Ekstasis into its media portfolio in March 2021, a publication that attracts 10,000 readers a month.

There’s Poetry in the Air

Zwart, who has taught English at her alma mater Calvin University since 2005, fell in love with poetry as a child.

“I grew up in a house with two people who were English majors. My mom was an English teacher. It was sort of in the air.”

Zwart followed in their footsteps, eventually earning her doctorate in English Languages and Literature at Boston University.

Her favorite writers are Marilynne Robinson, Christian Wiman, Amit Majmudar, and George Herbert. Robinson’s Gilead is a book she reads every few years.

“There are so many stories about ministers that are horribly compromised or who are exploitative. I love that Robinson gives us a story of a minster who is a good, imperfect, and faithful man. I think that’s beautiful.”

When Zwart returned to Calvin University to teach English, she wanted to train students to read literature and poetry by looking for “traces of beauty”–to find broken things in need of redemption.

“To hold fast to this commitment, to read things faithfully–not just faithfully to the text, but faithfully to my faith,” she said. “That made me super excited to teach at Calvin.”

In Zwart’s first Ekstasis piece, “On Questions and Answers,” she tells the story of one of her student’s objecting to lines from Emily Dickinson’s poem, “This World is Not Conclusion:”

“Faith slips — and laughs, and rallies — Blushes, if any see —
Plucks at a twig of Evidence — And asks a Vane, the way —”

Her student thought Dickinson’s poem pointed to a shaky faith, embarrassed by itself. Zwart challenged her student to look at the poem in a new light and see “that God’s providence is enough that you could strike out in any direction and find him.”

“I recognized a poignant, poetic spirit that wrote with clarity in areas that can be ambiguous and difficult to navigate like faith and art,” Sweetman said of Zwart.

Zwart also wrote for Books and Culture, CT’s bi-monthly review that engaged the modern world from a Christian perspective between 1995 to 2016. Some readers of both even suggest that Ekstasis fills a gap that Books and Culture once filled.

Bridging the Gap Between the Sacred and the Secular

When asked what Christian artists need in this pandemic, Zwart pointed to an Ekstasis article that explores “The Baptism of Christ,” a painting by 16th century Greek artist, El Greco.

“That’s a really good example of how art looked at from a Christian perspective is a provision for this particular time,” Zwart said.

She also explained how art can remind us “the things we can’t control are still not completely out of control because they’re held in God’s providence.”

“The things that come from the heart of Ekstasis are a heart for who Christ is, who the creator is, who the spirit is, and what that means about human beings,” she said.

Zwart explained that the magazine engages these traditional Christian texts with a spirit of love and respect, but also questions them and pushes them further, by considering their consequences in the world.

Ekstasis also offers commentary on music and works of art that aren’t considered part of the orthodox Christian tradition, according to Zwart. She said, “I also love finding things about R.E.M.,” a band famous for their Grammy Award-winning hit, “Losing My Religion,” from their album Out of Time.

Why She Loves Ekstasis for Embracing Mystery

Zwart was drawn to Ekstasis for its “humility that’s willing to accept honor and mystery, as well as look for answers.”

Her poem, “Echolocation,” was published in Ekstasis in Spring 2021. It tells the story of a bird Noah sent out from the ark to look for signs of life:

Noah launched birds//to see whether they would ricochet back//into his hands, vibrating with where they’d been. As with all prayers…. //his doubt flung//…over a rail into the void.”

“I think there’s an adventurous bravery, a sense that a perspective of faith shouldn’t narrow our vision but should change our vision,” Zwart said. “I think that’s something that Ekstasis is really living into, and it is really important,” she said.