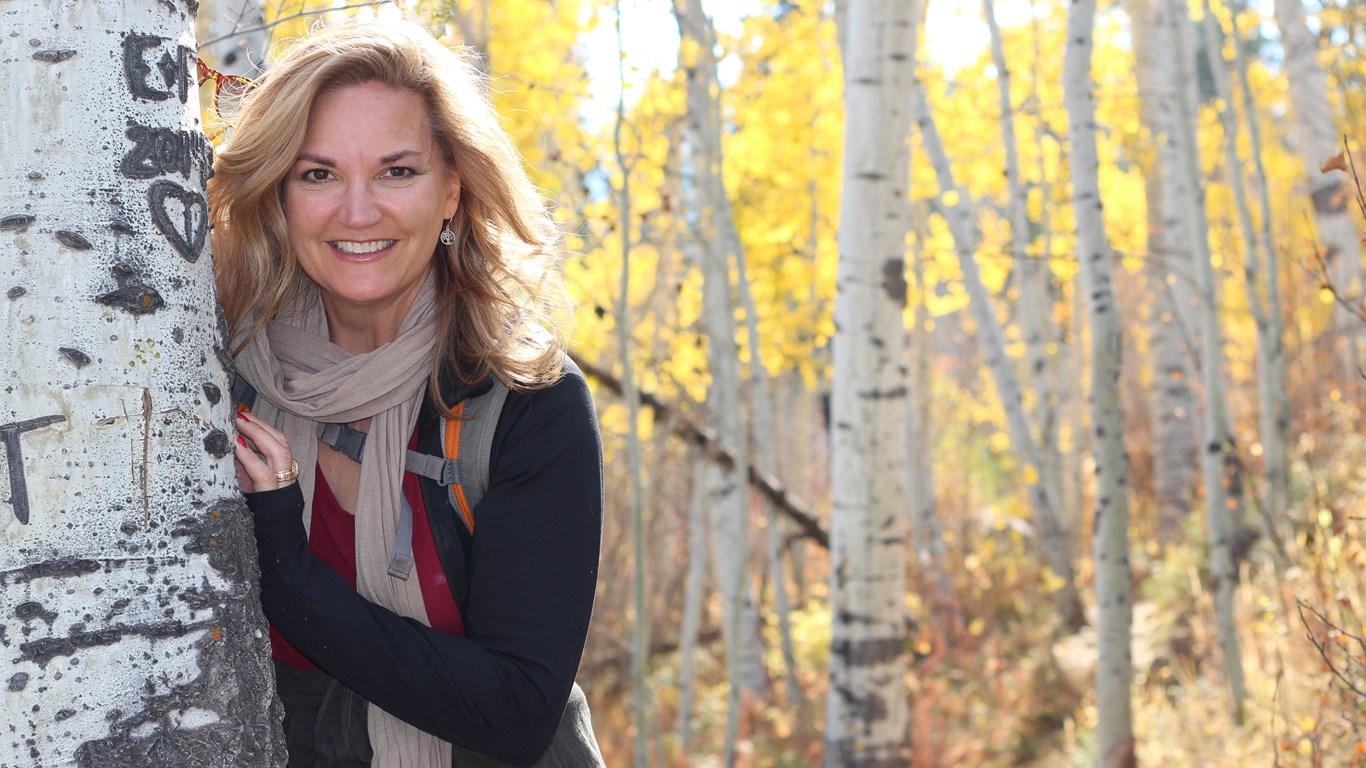 Image: Photo Courtesy of Ronna Bauman
Why Ronna Bauman has found significant solace and encouragement from the ministry in recent years.

Several years ago, while sitting in an office waiting room, Ronna Bauman picked up an issue of Christianity Today (CT).

“Inside was a raw, honest article about the emerging cocktail culture among Christians,” said Bauman. “I thought, ‘Well, that’s honest, and touching on something people don’t normally want to talk about. It felt refreshing to witness the writer tackling something complicated without shaming the reader. Because it was so thoughtful, I went home and subscribed.”

“I think it was indicative of all the CT articles I’ve read since then,” she said. “They ask, why do we think the way we think? They present ideas from multiple perspectives.”

Bauman had known about CT since she was a kid. Raised in a loving Christian home, where her sister first led her to Christ as a young child, she grew deeper in her faith through a crucifixion drama she witnessed as a preteen, and a one-month Bible study retreat in the UK that she attended at 16.

In adulthood, Bauman and her husband Kris, active-duty Air Force, ministered with Cru’s Military Ministry. After having five children, they focused on investing in the local church, moving around a number of times. Today, Bauman works for a nonprofit that helps single moms exit homelessness and domestic violence. The couple has returned to their home base of Colorado Springs, where her relationships with her family, old and new friends, and her community form the center of her life.

Several years ago, over Christmas time, the family read an op-ed from CT’s president and CEO, Tim Dalrymple, where he articulated whom he hoped the publication would give voice to. It made Bauman cry.

“That article gave voice to what I’d been feeling for so long as I felt sort of unmoored within evangelicalism in such a divisive time,” said Bauman. The turbulent political time had left her “grieving.”

“I felt despair that within the Church, we weren’t listening to one another. We didn’t pursue understanding each others’ narratives,” she said. “But the article was healing.”

The article also put CT on her kids’ radar and made them curious to learn what else CT would have to say. CT’s addition of Ekstasis, which frequently publishes beautiful poetry and stunning photography, also excited them as fans of the artforms.

Beyond CT and Ekstasis, Bauman raved about the hit podcast, The Rise and Fall of Mars Hill (RFMH) and its production values.

“The Rise and Fall of Mars Hill is appealing to really seasoned podcast listeners because of its cutting-edge production,” said Bauman. “I feel proud to pass it on to people. Host Mike Cosper’s voice is soothing and non-judgmental. You don’t feel yelled at. It’s not a bashing session—it’s a ‘let’s take an internal look and see why we are attracted to narcissistic leadership.’”

RFMH also spoke to conversations Bauman has had with her family.

“In the final episode of the podcast, Paul David Tripp urges us all to deconstruct our faith on a regular basis, to question what part of our faith is Jesus, and what part of our faith is American culture?” said Bauman. “This call of grace is compelling to me as I love hanging out with young people who have done a fair amount of this. It removes the 'finger-wagging' or the shaming of those who are in the midst of deconstructing. Faulty theology or toxic leadership culture create pain. Instead, compassion and liberty—for us and for others—are needed in that space as we discern truth from error.”

Bauman and her husband recently decided to give to CT above and beyond their subscription and have invited others over for dinner several times to dialogue over engaging CT content, as well as to learn about and participate in the ministry’s mission. During a recent Christmas, Bauman gave magazine gift subscriptions to many people in her circles.

“CT appeals across generations because it’s still true to Billy Graham’s vision of being theologically sound, politically objective, and globally relevant, while including voices of women, people of color, and the international church,” she said. “In 2022, we’re all saying, ‘We don’t know what’s going to happen next,’ but we can trust the thoughtfulness and humility with which CT will lead and curate stories and ideas of the kingdom of God. CT is a lighthouse: it shines a light on the whole world, and yet it is also a life preserver. Through its research and elevation of thought leaders, it gives us something to grab onto.”

She Calls Christianity Today a Lighthouse and a Life Preserver