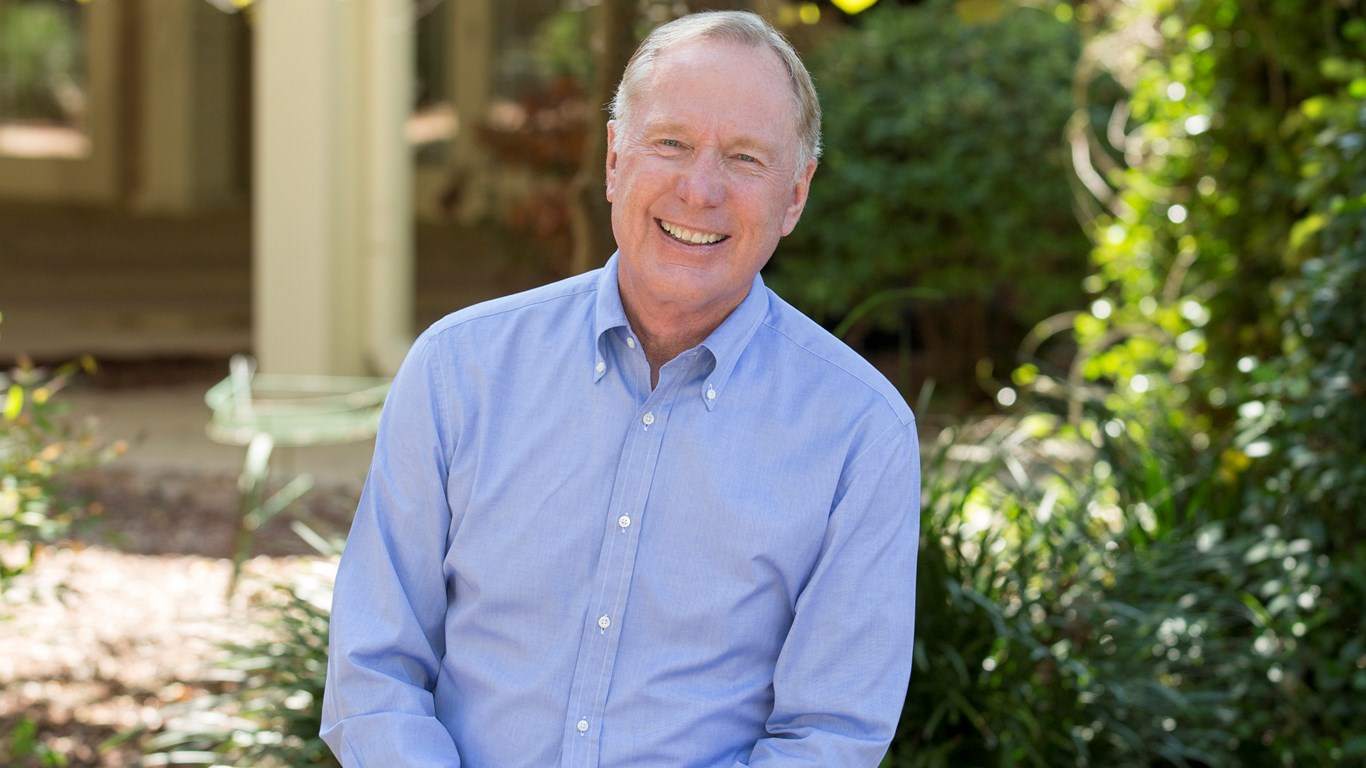 Image: KarenJames.com. HarperCollins Christian owns all rights to this photo.
How a best-selling author from Texas came to love CT as a young minister.

Pastor and best-selling Christian author Max Lucado has been reading CT Magazine for 34 years since he became a pastor at Oak Hills Church in San Antonio, Texas. “I was a young minister and found CT informative and encouraging,” Lucado said.

CT published an article in 2004 calling Lucado “America’s Pastor,” where Cindy Crosby stated “with Max Lucado, what you see is what you get.”

“I’m just a simple pastor. I want to love people. I want to pray for the sick. I want to help people come to Christ, but then I get asked these difficult questions,” he said.

CT consistently helps Lucado think through complex cultural issues affecting Christians and the church. “CT has tackled tough issues like critical race theory, has helped us navigate the controversy around the Trump administration, and then vaccines or no vaccines,” he said.

A CT interview with Lucado from 2016, “Why Max Lucado Broke His Political Silence for Trump,” was the most read article that year with 1.2 million readers.

“CT is my go-to place to help me understand how to generate well thought out answers in a way that’s non-polemical.”

He has also written other articles for CT including “Christmas Immigrants: A Story by Max Lucado”; “Immanuel: Is God Still with Us?”; “Max Lucado: Dangerous Voices”; and “Coming Clean” that tells the story of confessing his own drinking problem to his elders and church body.

Last year, Lucado preached a sermon series on the Old Testament character Jacob, and now he’s turning those sermons into a book. “I write a sermon series, eventually knowing it will become a book,” he said.

Lucado is the author of more than 40 books that have sold 120 million copies. He said, “the people I seem to connect with don’t have time or an interest in reading. That’s fine with me. When I write, I try to use a lot of stories, illustrations, and humor.”

How has CT affected your life and ministry?

Can I just say I love CT? I have always loved CT. I can remember as a young minister in 1988 when I came back from Brazil. I began receiving the magazine on a regular basis and found it so informative and encouraging. It helped me think. I don’t consider myself a real bright person. I really don’t. There are some academics like John Stott that I’ve admired and some of my college professors that seem to inhale an air of academia. Chuck Colson had a big impact on my life in my early ministry years. CT is a collection spot for these great men and women of faith who help those of us who need help by thinking through some difficult questions.

When CT’s founder Billy Graham passed away you wrote a beautiful article, “Farewell, Mr. Graham.” Can you share the impact that Billy Graham had on you?

Here’s what I loved about Dr. Graham. He kept it simple. He made it crystal clear. He remained humble. I love that about him. One time he came to San Antonio for a crusade. I was invited to be a part of his prayer team.

I was just so overwhelmed at that invitation. The invitation included “arrive early at the stadium. Go backstage. Meet with Dr. Graham and pray.” I did. I put on my best suit and tie. I arrived early. I walked backstage, and there was Dr. Graham.

I fully expected to go in and find Dr. Graham flat on his face, crying out to God, begging the Lord. I half expected to see the angels in there ministering to him. As I walked in, I heard these two men laughing. I mean they were laughing. There was Dr. Graham and another man he introduced to me as his brother.

I walked in and he said “Oh, you must be Pastor Max. Let me introduce you to my brother. He just told me the best joke.” Here’s a guy who’s 10 minutes away from going out and preaching to sixty thousand people, and he’s so relaxed, so happy, so at peace that he could say “Tell him that joke again.” His brother had an accident and had a steel plate in his head. He said, “Max, I want you to feel the steel plate in my brother’s head.” I just found him to be so delightful, so unassuming and engaging. He had counseled every president from Eisenhower to Obama, and yet he’s just so kind. I’ve got two letters that hang in my office, and one of them is from Dr. Graham.

What advice would you have as CT expands its global outreach, stories, and audience?

I’m happy and thrilled about that. It’s exciting to see the expansive and increased growth of God’s kingdom in foreign countries. It does seem to me like the real hope of revival is happening in other countries ahead of the United States, though we continue to pray for revival here. What we’re seeing in Brazil, China, in parts of Africa is so very encouraging. This is an opportunity for us to learn more about what’s happening in other countries, and then learn from the thought leaders there who can truly help us.

CT’s President and CEO Dr. Dalrymple strikes me as the perfect person to lead the ministry into the next generation.

In another CT interview, you said you like to write books for people who don’t like to read. Can you elaborate on that?

My target audience is comprised of people who seldom have the time, or perhaps the interest, in reading books. I didn’t set out to write books for people who don’t like to read books, but I discovered that. After about ten books, I saw that common theme. And the response of people who would contact me about a book would often read like “my husband never reads a book, but he picked up __________, and he really liked it.”

Or “I just don’t have time to read books, but I find that your chapters are brief enough, simple enough.” I thought, “wow, that’s alright with me.” That’s my audience. I’m not an academician. I was a B student in seminary. I loved studying, but I don’t think I articulate and operate in that world. But I love that world. People might say, “Max, your humor is not very good.” I get that. I do the best I can. I love to make people laugh because people have so much to worry about. A good laugh is helpful.

I try to only make references to research or Greek and Hebrew when necessary. That kind of talk can intimidate somebody who doesn’t do much reading. Every so often, though, it’s helpful. I don’t want the reader to think “Lucado is just trying to impress me.” I want to do the research, but I don’t want them to think I have. They lean on me to do the hard work. I’m happy to do the heavy lifting, but I’m not trying to come across as a know it all.

You’ve written extensively on prayer. What role does prayer play in your own walk with God?

Prayer is unspoken utterances that you have, longings that you have throughout the day like when you see the homeless man on the street corner or when you think about the lunch you’re going to have tomorrow with the people who are struggling. All those thoughts I believe are received by God as prayers.

I would like to say I pray a lot. In a way I do because I have a lot of longings in my heart. I have a morning ritual where I go downstairs in my pajamas with a cup of coffee, a journal, and a Bible. I really try to encounter God. Some of those days it’s rich and life changing. Some days it’s a bit dry, and I can’t get my mind focused. I don’t beat myself up for the days that it’s dry. And I don’t give myself any false accolades on the days that it’s rich. I try to have a rhythm to my prayer time. I do believe the greatest gift we can give to people is to just offer a prayer for them.

If you could offer a prayer for CT this year, what would it be?

There’s a tendency for the church to preach messages or be known for messages less than the gospel, maybe it’s political, sociological, or controversial. And I believe in the last few years, the church has struggled to stay focused on the highest call to preach the death, burial, and resurrection of Jesus.

May the Lord use CT to help the church on her highest call—the preaching of the gospel. Lord, help Dr. Dalrymple, the team, and all those who participate to stay focused. On all the things they talk about, may they talk the best and the most about the love of Jesus: his death, his burial, his resurrection, and his pending return. Amen.